Sometimes the notes on a home inspection report are minor (like a blown-out light bulb), while others are major (such as a bad foundation or a leaky roof). But when you’re buying or selling a home, the major issues are the ones to focus on, as they can curb an entire home sale. Both buyers and sellers should be wise to the “big deal” problems below and knowledgeable about what to do if something like them is revealed in your inspection. The good news? Buyers, you don’t have to run away screaming … or even back away slowly. Sometimes it might be OK to proceed with the purchase of that otherwise dreamy home for sale in Naples, FL or Ann Arbor, MI.

Read on to find out which home inspection report issues can hold back a home sale.

We’ve learned much about asbestos since the days when this cancer-causing substance was used as fake snow and breathed in by actors in movies — The Wizard of Oz poppy field scene, for one. But pre-1975 homes could have asbestos in roofing felt or in roof penetration sealant. The tape used to seal ducts, cement board siding (transite), and older tiling (usually in 9-by-9 tiles) could also contain asbestos.

Unless disturbed, asbestos isn’t usually problematic. “Asbestos in siding or 9-by-9 floor tiles isn’t a huge issue and can be remediated by covering them with other materials to protect them from damage,” says Welmoed Sisson, a Maryland home inspector. “Asbestos insulation around pipes that is friable [crumbling] is a serious health issue and should be remediated by a qualified asbestos abatement contractor prior to closing.”

AMC Environmental would be happy to give you a quote on any asbestos that was found during a home inspection.

Radon, a naturally occurring, radioactive, carcinogenic gas, can sometimes be found in homes, usually in basements or crawl spaces. “But in today’s tight homes, it can filter up through the entire structure,” says Sisson. Although most homes don’t have a radon problem, if yours does, you should fix it. “Radon levels above 4.0 picocuries per liter call for the installation of an active remediation system.” This could cost between $1,500 and $2,500. If you can’t afford to solve a radon problem before you sell, you could offer to come down on your asking price so the buyer can have this done.  AMC Environmental charges around $700 for a standard mitigation system.  We also have many different ways you can test your house for radon if it hasn't been tested in the last 2 years.  The EPA recommends testing every two years.  1 in 4 homes in Michigan have elevated radon levels.

If you’re buying a home built between the 1930s and the 1990s, there’s a chance something large is buried on the property. Unfortunately, it’s not treasure — it’s an oil tank. “The seller really needs to take care of this,” says Sisson. If the tank was buried properly or professionally decommissioned, and the seller can show you suitable paperwork showing it was done right, you could leave it there. Or you could ask to have it removed. “An intact tank with no leakage can run upwards of $5,000 to dig up,” Sisson says. But if an inspection shows that the tank is leaking, it could costs tens of thousands of dollars (or more if groundwater is affected) to correct.

If you’re buying a house from a seller who fancied themselves as a jack-of-all-trades (but was not really good at any trade) and you find exposed wiring, what should you do? “This is generally not a huge issue,” says Sisson. Exposed wiring, however, can pose a safety hazard. A bigger concern is knob-and-tube wiring (old-style wiring that is pretty common in homes built before 1930). That system rarely holds up for more than 80 years. “Outdated [or exposed] wiring should be updated, but it’s preferable to have your own contractor do it so you have control over the quality of the work and can be sure proper permits have been obtained,” says Sisson. This means it might be something the buyer should take care of — and negotiate that the work be reflected in the home’s price.

If hearing about black mold conjures up images of the Creature from the Black Lagoon, you might freak if an inspection report shows your potential new home is filled with it. Plus, “just having the word ‘mold’ on an inspection report can kill financing,” says Sisson. It’s even worse if you or anyone in your family has a respiratory condition. In that case, “It may be prudent to pass on the house altogether.” But if you really want the home, have the seller hire a professional to get rid of the mold. And then have the place tested again before you buy.

If your inspection report reveals termite damage, it will be a tough sell. And fixing the damage will be expensive. “All the affected elements must be exposed, damaged pieces removed and replaced, and the remainder of the house treated,” says Sisson. A house with termite damage also calls for an inspection by a structural engineer to “report on the integrity of the framing and whether any additional support members need to be added.” If you want to buy a house with termite damage, do so only after you have paperwork from the termite company (paperwork that you would show your lender) stating that the house now has a termite warranty.

If you’re selling a house, any big inspection report issues will probably scare off buyers. But that doesn’t mean you have to fix the problems yourself. “I always advise my sellers not to fix anything,” says Janine Acquafredda, a Brooklyn, NY, agent. Instead, you can cut a deal with the buyer. “Buyers like to choose their own people to do the work.  They way they can control cost and quality.”

But Mark Ferguson, real estate agent and creator of Invest Four More, a website that helps people become real estate investors, has the opposite opinion: “The more a seller is willing to fix, the more confident a buyer will be they are buying a good home.” Ferguson advises his clients to fix any known issue before listing.

Whether you are buying or selling a home don't let RADON or ASBESTOS become a deal breaker and derail a closing.  Call AMC Environmental at (734) 660-8228.

June 22 2020
When the results are in after the 48-hour radon testing period and the overall average is below the Environmental Protection Agency’s action level of 4.0 pCi/L, we often get asked, “Are we safe?” Per the EPA, “Any radon...
Read More... 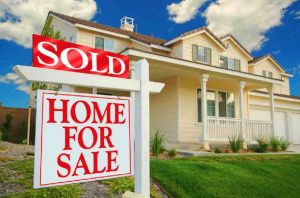 Radon and Home Sales: What buyers and sellers should know about radon gas

June 22 2020
Because of the health risks associated with radon gas, more and more buyers are inquiring about radon levels before purchasing a home. You cannot see radon, taste radon, or smell radon.  This colorless, tasteless, and odorless gas is the...
Read More...

The #1 Cancer Risk at Home

June 22 2020
One of the biggest risk factors for lung cancer is colorless, odorless and may be in your home.  Find out about radon and what you can do to minimize your risk. Watch Part 2 of the Dr. Oz show.  Find out what the radon level was in...
Read More... 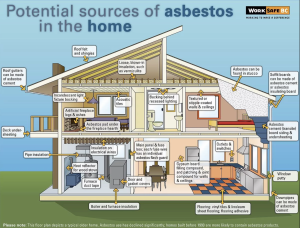 Is Your Residence ASBESTOS Free?

June 22 2020
The picture shows some common places older homes may have asbestos... Asbestos was largely used as insulation for establishments only a few decades ago.  Before it was known that prolonged exposure to asbestos fibers can cause harm to...
Read More... 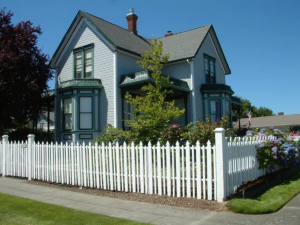 What You Need To Know About Radon And Asbestos Before Buying

June 22 2020
When you are buying a home, making sure that it is safe for you and your family is of prime importance.  It’s not just critical for your health; it’s also vital to ensure that the home is a sound investment.  As you go through...
Read More...

Restore Your Peace of Mind with Services from AMC Environmental

The health of the people you care about is important to you, and to ensure their safety, it is essential to identify anything that could interfere with that. Contact our team of experts for help with all of your testing and removal needs today!

Request information on Asbestos, Mold, Radon or Lead Today!
Your Family and Employees’ Health Isn’t Worth the Wait- Call Us for Environmental Services Today!
(734) 660-8228